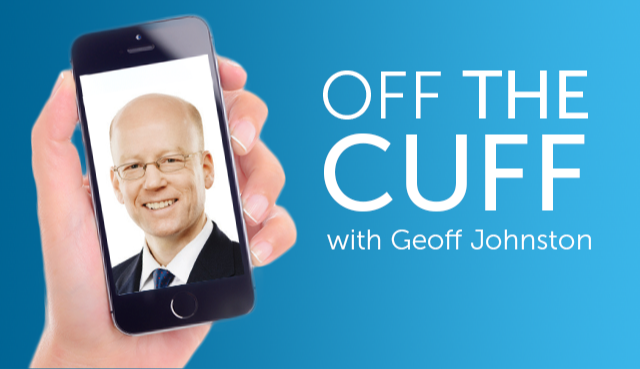 Geoff Johnston shares the message behind the recent rise in bond yields in this Off the Cuff video.

Hi, this is Geoff Johnston from Empire Life Investments. I manage bond portfolios here and I thought it would be timely to record a brief Off-the-Cuff video given the recent rise in bond yields that we have seen lately. Actually yields have been rising for a number of months. For example, the 10-year US Treasury bond yield is up from a low of around 0.50% last year at the depths of COVID-19, to over 1.50% recently. So bond yields have basically tripled from their lows.

Up until now, investors have taken the rise in bond yields in stride. I think mainly because the rise has been fairly slow and steady.  But this latest move higher has caused some nervousness, mainly because it has been a sharper rise than previously. That has caused fears that it may derail the recovery and the markets.

We believe that nervousness is unwarranted. The reason that bond yields were so low in the first place was due to very unusual circumstances, related to the whole COVID situation. Even after the recent rise, we are barely back to where we were pre-COVID.

So we think the higher bond yields (whether nominal or real) are actually a positive thing because it reflects a growing confidence in the economy and that we may finally be getting back to normal after a long and difficult period for pretty much everyone around the world.

Yield curves are one of the most important leading indicators that economists use to forecast the economy. The fact that the curve is quite steep right now is a very positive and healthy development. A steep yield curve is also very good for the banks, because it allows them to earn a bigger spread on their lending business. Given that monetary policy works through the banking system, healthy banks are key for the markets and for the economy in general.

But it is not all rosy out there for the bond market. To be fair, inflationary pressures do appear to be building. Leading inflation indicators like commodities are currently very strong, especially copper and lumber which are at multi-year highs. Oil has also been on the rise, which may be the most important commodity as far as broader inflation is concerned.

Breakeven inflation, which is a measure of what the bond market is expecting inflation to be. Breakeven inflation is currently around 1.7% which is certainly up from its lows but still within the central bank’s comfort zone. The Bank of Canada does not appear to be too concerned about inflation at this point, and views the recent rise as more of a temporary phenomenon related to COVID.

There has been some speculation that the bond market disagrees with that assessment, and that they are trying to test the central banks, but I don’t believe that is true. As I mentioned, bond yields are barely back to pre-COVID levels and are still very low by historical standards. The bond market does not appear to be overly concerned about inflation over the longer term.

In summary, it looks to us like the bond market is simply reflecting a return to normal rather than anything more serious.

But we will continue to monitor things very closely and keep you informed if anything changes.

Thanks for listening and good luck out there.