What the U.S. general election results means for the stock market 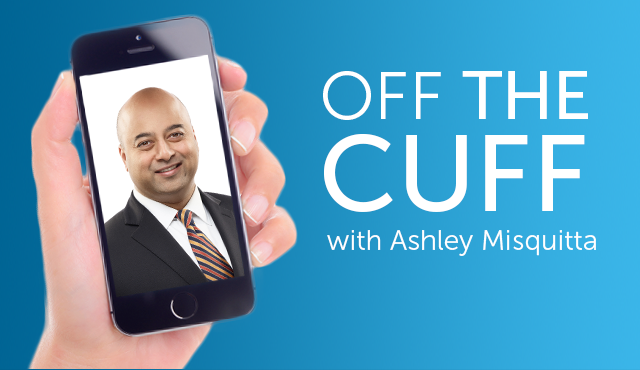 Ashley Misquitta reviews the U.S. general election results and the potential impact on the markets in this Off the Cuff video.

Hi, it’s Ashley Misquitta, senior portfolio manager, Empire Life investments. Now that the U.S. election is completed and the results are mostly or at least we have a pretty clear picture of what they’re going to look like, I thought to share some thoughts on where things are likely to go or the things that we’re watching for.

So let's start with where we are today. At this moment unless something very surprising happens Joe Biden will become president-elect and Kamala Harris will become vice president-elect and the usual acts of transition - starting to prepare cabinet appointments, thinking about who they are going to appoint to the cabinet, who they are going appoint to the senior and administrative posts, that process starts to roll on from here. The Senate at the moment is unclear who's going to be in control of the Senate. The Republicans appear to be (or are) ahead, 50 to 48; not all the races are called yet, but it looks like that’s what it’s going to turn out to be at the moment. And the Democrats although it’s not clear the size of the majority in the House of Representatives, it will be smaller than it was in the last session, but the Democrats appear to be in control of the House of Representatives. The Senate control is going to be determined by two races that will happen in January in Georgia. Georgia law says you have to get over 50% to win the election. A number of candidates run the races and each or all fall below 50%, so the top two go to the special election in January. That will determine control (of the Senate), so there are two races going on. If the Republicans win one or both, they control the Senate. That’s very important because the majority leader decides what bills come to the floor. If the Democrats win the two races then they will be in control of the Senate in a 50/50 setting, because vice president Kamala Harris will cast the tie-breaking vote in the event of a tie.

So what are we watching from a sector perspective? And where are the places that are sort of a first blush that we’re keeping an eye on? Well, the easiest places from an administrative point of view, from an executive branch point of view, so without needing legislation passed through the House of Representatives, then the Senate and then signed by the president — If you just want to just act from a presidential executive point of view the places where you would tend to have more power are places like financial services — Where you make appointments to the chairman and members of Fed, where you make appoints to places like the Office of the Comptroller of the Currency. All of these different regulatory bodies have impacts on the banks and financials, so that’s something we’re paying a lot of attention to.

Where else: energy. So for example, Democrats could choose depending on whom they appoint to the Environmental Protection Agency (EPA) and the Department of Energy could make decisions that are quite negative for the energy industry, particularly around fracking. And divide that in two categories: fracking on federal lands and fracking on private lands. On federal lands, it is my understanding is a lot of the control that the executive branch has so that is something very important to watch. A lot of concern before around healthcare and bio-tech industry; there are things you can do around the edges, but by-and-large you need legislation to really hit those sectors very hard. So at first blush based on what it looks like today, I’m not as worried about those sectors. For sure I would be thinking that there are opportunities within the alternative energy sectors, those sort of businesses are likely to be real beneficiaries and companies upstream of them – so companies that sell into those, that’s something else to be aware of and see where there might be opportunities.

Industrials in general, I think you could make it an argument that those are also places to watch because you can see a stimulus built of some sort come from a Republican Senate and a Democratic House and White House that would be pretty good for an industrial company. So there are a lot of very obvious places to deploy money to rebuild roads, to rebuild bridges, places that would have a beneficial economic impact on America are worth investing in, so those are things we’re contemplating as well.

So where do we go from here? What we’re watching for: 1) who are they appointing to cabinet positions. If the Republicans control the Senate it’s going to be a lot harder to put the more ideologically oriented people in charge of these cabinet agencies. Whereas, if the Democrats control the Senate they’ll be able to put whoever they want into place. So that’s I think something we would be paying a lot of attention to see who are the people they would be putting into place there. And course; 2) the Georgia Senate elections are quite important from here.

That’s about it. I’ll have more for you as time passes, but I thought to offer you a quick update and look forward to speaking with you again soon. Hope everyone stays safe and healthy.

Staying the course and finding opportunities

This document/video includes forward-looking information that is based on the opinions and views of Empire Life Investments Inc. as of the date stated and is subject to change without notice. This information should not be considered a recommendation to buy or sell nor should it be relied upon as investment, tax or legal advice. Information contained in this report has been obtained from third party sources believed to be reliable, but accuracy cannot be guaranteed. Empire Life Investments Inc. and its affiliates do not warrant or make any representations regarding the use or the results of the information contained herein in terms of its correctness, accuracy, timeliness, reliability, or otherwise, and does not accept any responsibility for any loss or damage that results from its use. Commissions, trailing commissions, management fees and expenses all may be associated with mutual fund investments. Please read the prospectus before investing. Mutual funds are not guaranteed, their values change frequently and past performance may not be repeated.