Milestones and the importance of discipline 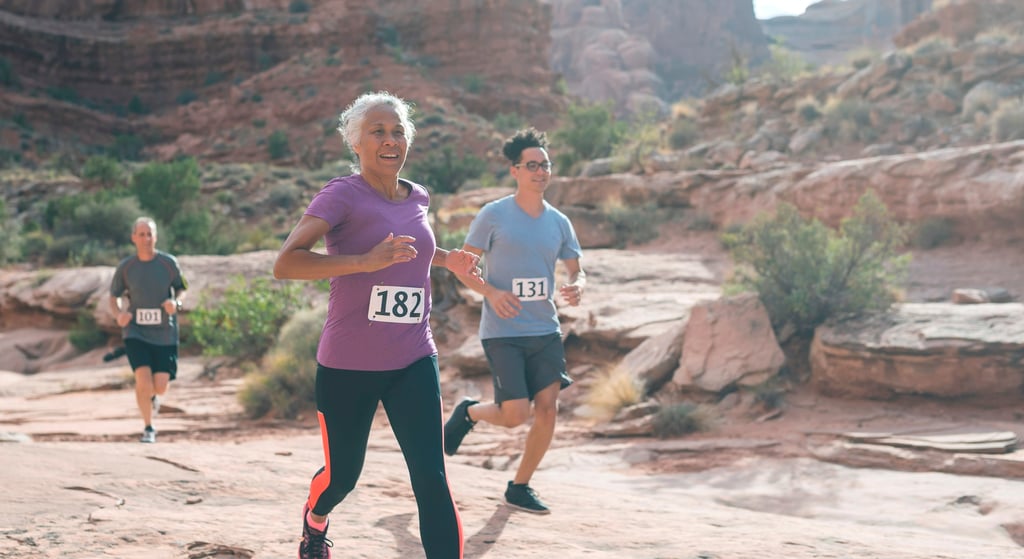 In November of this year, the Empire Life Elite Equity Fund will celebrate its 50th anniversary.1 This milestone is a celebration not only of longevity but also of long-term performance results.

From a portfolio management point of view, adopting a value-oriented approach to stock selection among high-quality companies has been a key factor in the Fund’s success. Other important elements are taking a long-term view on the Fund’s underlying investments and trusting in the process, especially in periods when the market is not favoring your style.

While these results are dramatic and perhaps eye-opening, it might be argued these scenarios are not particularly realistic. The likelihood of randomly picking only the top three performing months (out of 597) not to be invested is perhaps as slim as picking winning lottery numbers, but with detrimental results.

Perhaps a more realistic example based on investor behavior needs to be examined. Investors are more likely to sell a fund after it significantly underperforms for an extended period, and buy into a fund after it outperforms for an extended period. Hypothetical Investor A invests $10,000 in the Elite Equity Fund at inception and usually remains invested, but is occasionally swayed by significant under and over performance over a longer period. After the Fund underperformed the Index by 28.6% at the end of February 1980 (its worst twelve-month stretch of relative performance) Investor A sold the Fund, believing the portfolio managers had lost their touch. Over the next twelve months, however, the Fund bounced back and outperformed the Index by 39.3%. Having realized selling was perhaps a mistake, Investor A reinvested in the Elite Equity Fund.

About two decades later, the Fund experienced its second-worst twelve-month stretch of relative performance. At the end of August 2000, the Fund trailed the Index by 27.3%. Having perhaps forgotten the lessons of the past, Investor A again decided to sell the Fund due to its “poor performance.” As the tech bubble burst in the following months, the Fund once again outperformed the Index, with a 23% cumulative advantage by August 2001. Investor A finally learned their lesson, reinvested in the Fund, and stayed there for good.

With only two poorly timed (yet understandable) reactions over an almost 50-year stretch, the impact is significant. Investor A is left with a value of $674,353 at the end of August 2019, which is $188,780 less than the buy-and-hold strategy. 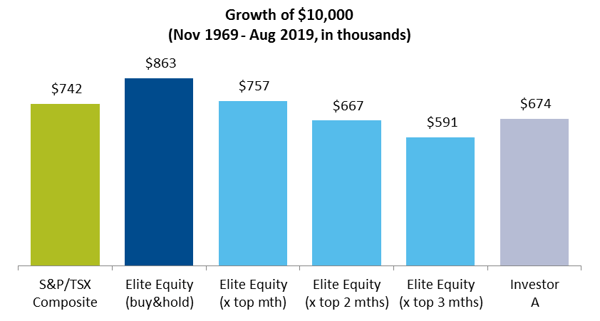 Examining the difference in market values between the Index and the various scenarios starkly shows the impact of the ill-timed decisions. 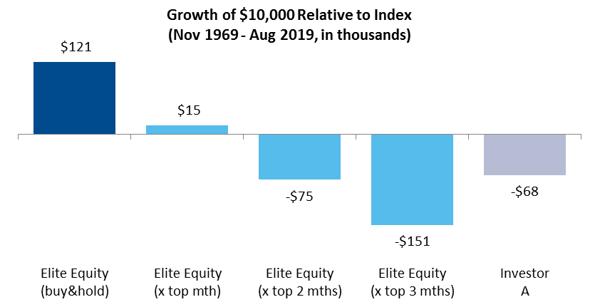 In summary, sound and disciplined investment strategies by investment professionals can lead to strong fund performance over the long term. The portfolios manager’s skill, however, may be easily undone if the investor is not equally disciplined. “Stay invested” is a mantra many of us are familiar with, and our example quantifies the potential damage that can be done by not having the discipline to do so.