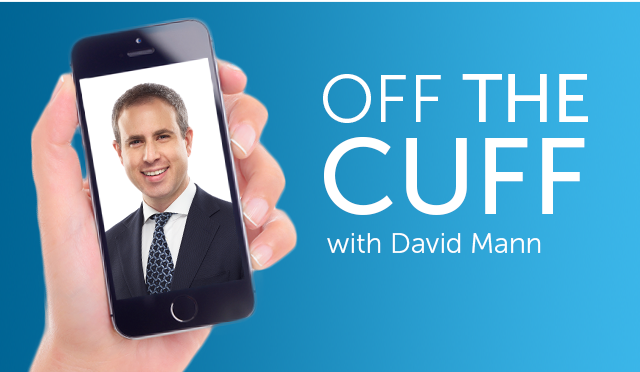 David Mann discusses the recent changes that have occurred in China, its impact on the technology sector and how the team manages risk in the portfolios.

Hi, this is David Mann, senior portfolio manager at Empire Life. In this Off the Cuff I want to go through two things; first, some very big material changes that have occurred in China over the past months; and second, one of our tools to risk management.

First starting with the changes in China. There is a concept called “common prosperity” that has been central to the Chinese Communist Party since the 1950s. What they said it meant back then is that they were going to allow a few people to get very wealthy, and then those few people would bring the rest of the economy up with them. The communist party has been very successful in doing that in my mind, in that they have taken hundreds of millions of Chinese out of poverty. The thing is, I think they now believe that there has been too much wealth created in two small pockets of society, and much of that wealth has been created in the technology sectors in companies like Tencent, Alibaba, DiDi, Meituan and others. I think the government thinks it is now time to redistribute some of that wealth to the rest of society. I should also mention that a knock on the impact to that wealth being created in the technology sector is that it has allowed those companies to have a lot of control over big data and the data of mainland Chinese. I think the government now wants to have more control over that data themselves. Again it appears that the goal of the government is to help Chinese citizens, to ensure that the wealth does not stay within those pockets and it is redistributed to other parts of society; so some companies have had to make very large contributions to social causes.

A knock on the impact of that though is, it can have a negative impact on certain companies operating in China; most specifically we've seen it in the tutoring sector where there has been a lot of restrictions placed on online tutoring, and there's been billions of dollars of market cap wiped out from those companies. There's also been an IPO that was pulled at the last moment, and I’m not talking about the Ant IPO from last November, which was seen as an attack on an individual person and company (Alibaba and Ant Financial). I’m talking more recently about the DiDi IPO that was pulled literally at the last moment. The reason for that at least on face value is two-fold. First of all, the company didn't get the required permission, but second of all they (the government) were worried that the data that DiDi controlled would be given to other countries, namely the U.S., largely because that's where DiDi was going to list.

So just to summarize that first point that I wanted to talk about. It's evident that the Chinese government wants wealth distribution for rich companies and wealthy individuals to the rest of society, and it is also evident that they want to have more control over big data. This is making it much harder for some companies to operate in China, and as part of our research process, it is our job to figure out; 1) which companies it is actually going to have some material and lasting financial impacts on; 2) which impact is going to be more transitory and, 3) perhaps take advantage of the big share price corrections we've seen in many exposed companies — taking positions in companies that will have less impact, and where that impact would be more transitory.

I now want to talk about one of our risk management tactics. When we build portfolios, we aim to build diversified portfolios. Each company in the portfolios that I manage has an opportunity. That is why we own these businesses, they also have risks. Every single company in the portfolio has a risk. When we construct a portfolio we ensure that there aren't too many companies that have the same associated risk. So in this example, while we do have exposure to Chinese technology companies and e-commerce companies, we have exposure to the best of breed and it is limited to a very small part of the portfolio. Had we not had this approach to risk management, we could have had a portfolio populated with many more Chinese technology companies, and that would have resulted in a much worse impact to some of the global portfolios by Empire Life. Fortunately, we have this very strict risk measurement tool in place that allows us to ensure that we build diversified portfolios.

That's all I wanted to go through today. Thank-you so much for watching.